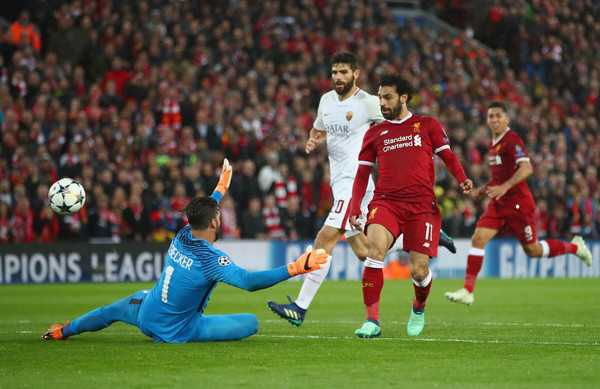 In the excitement of watching Salah it can be easy to overlook the fact players working together for each other create Liverpool’s chances, not one standout individual.

This insight doesn’t appear to have been absorbed into Auckland junior football coaching culture. Instead the focus often seems to be on individuals trying to do too much with the ball, rather than emphasizing sound decision making and intelligence.

No better was that symbolized than when a player tried to convert a penalty with a rabona, a goalkeeper being deployed as an attacking midfielder, and players regularly attempting to beat multiple opponents during one game I attended this weekend featuring 10 year olds.

Taking this approach as a junior player or worse, as a coach, does not set up a young footballer for long-term success.  Football is a game of decision making. This essential skill should therefore be instilled in young players right from the get go. Individualism for individualism’s sake disguised as “creativity” is preventing our young players from reaching their full potential.

There is a reason that teams like Liverpool, Real Madrid, Manchester City, and Napoli are so good.  That reason is that they play a simple game which is based on technical excellence and near flawless decision making. The slightest misjudgment at that level is duly punished, therefore poor decision making has no place at the highest levels of the game.

The top-level players at these clubs are there because they have learnt, throughout their junior careers, to make sound decisions and utilize the attributes they have for the benefit of their teammates. Individualism devoid of intelligence has no place in academies across Europe where good habits and intelligent decision making are instilled into young players from day one.

Getting to the point where these lessons are not only learnt but embedded in the players DNA doesn’t happen overnight or even over a season.  It takes years and requires coaches, parents, and the young athlete to take a long-term approach. Patience is paramount.

Mo Salah has been sensational this season, scoring over 40 goals and providing many moments of magic to both Liverpool fans and lovers of football.

However, from a junior perspective, it would be wise to think about moments of magic in terms of what is being conveyed during the week. Has the player shown understanding of what is being asked? Has she received the ball with the correct body position? Has he shown the right choice of technical execution at the right moment to combine successfully with a teammate? These “moments” of magic, if repeated over time provide a foundation upon which excellence may be built.

While it may not have the glamour of what happens at the top level, those junior moments of magic show learning is taking place.  Those moments are what a junior coach looks for because they demonstrate that a player is progressing. Furthermore, that he/she understands why they are doing it.

Focusing on the highlights reel of a Champions League semifinal may be wonderful from an entertainment perspective but, from a talent development angle it is the ability to do the simple things well that will set the young footballer up to succeed.

Bringing game day back to achieving a learning outcome is certainly the Top Flight Football Academy focus and, if we want young Kiwi footballers to progress, should be a key focus for all junior coaches.