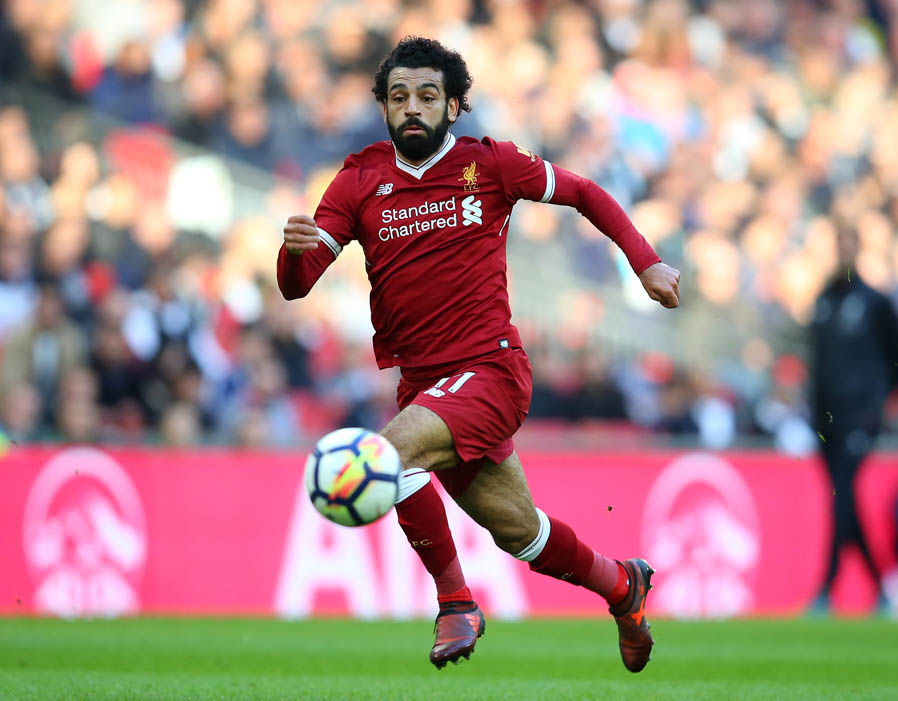 The 26-year-old Egyptian’s 2017 performance has been nothing short of phenomenal.

Recruited by Liverpool from A.S. Roma prior to the start of the English Premier League season he has become the first Liverpool player to score twenty goals before Christmas since Ian Rush back in the 1986-87 season.  His two goals in the home victory over Leicester on New Year’s Eve took his league tally to 17, with another 6 goals scored in Champions League group play.  He has also chipped in with five assists.

His success hasn’t only been at club level. By converting a 95th minute penalty against Congo he ensured Egypt would qualify for its first FIFA World Cup since 1990.

But 2017 hasn’t been the norm for Mo Salah during his football career.

Standing on the threshold of what could be an incredible 2018 his journey is testament to his ability to improve, deal with adversity, and prove others wrong.

The Journey
Growing up in the village of Nagrig in the Egyptian province of Gharbia, the young Salah was identified by the Cairo club El Makawloon (Arab Contractors) as a youth prospect.

From the age of 14 he would, for three years, commute via bus to the club training ground in Cairo five days a week.  Those commutes would take up to five hours from his village and usually involve the same number of buses.  Once training finished he would get back on the bus and be home by 10.30pm and then do the same the next day.

Salah had a strong desire to improve but was tough on himself.

Finishing was his weak point.   Waltzing through the opposition from left back wasn’t uncommon, but unfortunately neither was missing the finish.  Post match tears and frustration accompanied those missed opportunities all the way through to African Youth Nations Cup matches as a young man.  Converting from a defender to a winger, his age group coaches tell of multiple misses in a match followed by relentless practice to improve.

He wasn’t deemed good enough to be signed by a big Egyptian club.  Mamdouh Abbas, the former president of Cairo giants Zamalek famously dismissed a potential 2011 transfer with the comment “He needs lots of work.”

Instead it was Swiss champions FC Basel who recognised the value of his speed, explosiveness, and dribbling skills and took him to Europe after playing a friendly against an Egyptian selection.

In Switzerland he thrived.  Strong league performances and goals in the Europa League resulted in him being on the radar of both Chelsea and Liverpool.  He chose London and the blue of Chelsea but the move didn’t work out.  After playing less than nine hours for Chelsea he was deemed not good enough and sold to A.S. Roma after a loan spell at ACF Fiorentina.

Chelsea fans have cause to regret that decision as they have the release of Manchester City superstar Kevin de Bruyne.  It goes to show, talent is hard to pick, even by championship winning managers and that there is no linear journey to the top.  Players ultimately need to create their own path by being good enough.

Salah did just that, scoring 14 goals in his first season in Rome and then 15 in his second.  He also became an assist machine – providing 11 in 2016-17 as Roma qualified for the Champions League.  His partnership with Edin Dzeko was particularly prolific with the Bosnian striker scoring 29 times through the season.

The Player
Liverpool’s purchase for a then club record of GBP 34.3 million was greeted with some skepticism in the United Kingdom.  His perceived previous failure in England was top of the list.  Clearly, for some pundits, a player cannot get better or be a success later in their career.

In any event, Salah has proved his doubters resoundingly wrong.

Firstly, Liverpool have effectively two players in one.  While Salah plays in a wide role, he also can play as a 9 making runs into the box that result in simple tap ins.  This skill means he is an excellent foil for Liverpool’s jersey wearing #9 – Roberto Firmino – by creating doubt in the mind of defenders as they are unsure who is the focal point of an attack.

This ability requires intelligence and is a reason that young players, like Mo Salah, should develop an understanding of all positions on the pitch as they gain a footballing education.

Salah’s runs also reflect his intelligence.  Initially it was thought that his speed was the reason he scored so many goals.  While he has shown pace on counterattacks, his ability to time runs, particularly those that split the defending fullback and centre back, to receive passes from midfield is impressive.

His left foot is excellent and his ability to strike from range into the far corner has been a feature during his appearances this season.  He still misses chances and tops the stats for the English Premier League in terms of missed excellent chances.  But his company on that list is other top goal scorers such as Manchester City’s Sergio Aguero.  Scoring goals is not easy, that is why top forwards are high value transfers.

Finally, he works hard across the pitch and is the first line of defense for Liverpool.

Speaking to The Guardian Liverpool goalkeeper Simon Mignolet articulated what makes Salah the player he is.

“He doesn’t think about anything other than his job and that is very important because, at the same time he is scoring goals and can be the superstar, he is also working very hard to get back and defend.”

This package makes Salah a very special player and, on current form, an excellent purchase for Liverpool.

So Where Does Salah Go in 2018?
If he continues to perform at club level fans can expect him to crack 30 goals in the English Premier League for the season and wreak havoc in the later rounds of the Champions League (Liverpool have FC Porto in the next round of that competition).

With further development, he could soon be on the shopping list of the likes of Real Madrid or Barcelona as they look to upgrade their respective squads over the next two years.

But it is the 2018 World Cup in Russia that could give Salah the opportunity to emphatically announce himself on the global stage.  Egypt has a talented squad and is drawn in a relatively weak group – Russia, Uruguay and Saudi Arabia are initial opponents.  If Egypt can win the group Salah could become one of the stars of the tournament.

Those long bus rides as a young footballer, the challenges of living in foreign countries, overcoming critics, while all the time learning and improving, have paid off.

Who knows – Mo Salah may well be the next World Footballer of the Year.