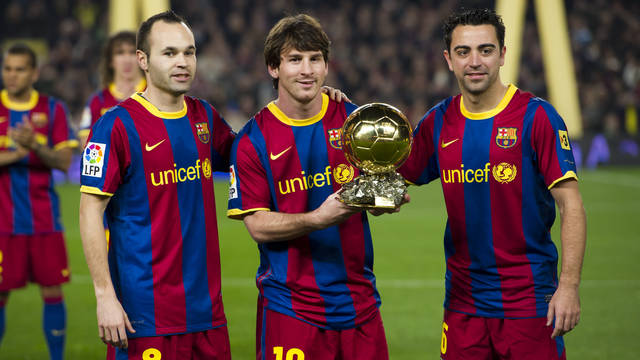 The results of La Masia speak for themselves, with all three finalists of the 2010 Ballon D’Or coming from Barcelona’s youth academy

“In terms of player development, competition is very, very important.”

So said Empoli U-15 coach Simone Bombardieri to me on my recent visit to Serie A clubs Fiorentina and Empoli.

You can read more on my observations of Italian talent development methods in earlier blog entries but I would imagine Simone would be more than a little surprised with the recent decision to not publish junior football scores for under 10’s in the Auckland region.

New Zealand is certainly not alone in advocating non-publication of junior sports results.  AFL, rugby, soccer and netball have no scoring matches in Queensland. The province of Ontario (Canada) does not have scoring in junior football grades.

The supposed rational behind this approach is to ensure that skill development is a priority, the match participants have “fun” and that erratic match day behavior by parents or caregivers does not occur.

Strangely, this policy seems to ignore the fact that the players who participate in a match will still be aware of how much they have won (or lost) by.

Attempting to reduce competition is also inherently at odds with how talent development occurs in countries with true footballing pedigree.

The kids in Milan, Munich, Montevideo and Manchester who want to be the best that they can be operate in an environment that channels competition into development outcomes.

Winning matches, responding to adversity in defeat and, most importantly, becoming a better player is a result of competition.  I’m not advocating a “win at all costs” mentality but I believe appropriate competition is a good thing, especially for players who want to get better.

The Ajax academy in Amsterdam is called De Toekomst (The Future).  It is extremely competitive.   Players need to pass evaluations from a young age if they are to continue in the programme.

While some would suggest De Toekmost commoditises player development to maximise transfer fees, one cannot argue with the results.  A host of top players such as Wesley Sneijder, Dennis Bergkamp, Edgar Davids and Frank Rijkaard, to name a few, have come through the academy to play for the Ajax first team, then top European clubs and World Cups for the Netherlands.

Likewise, La Masia, the academy of Barcelona FC, has a similar approach, whereby players are obliged to improve if they want to have the opportunity to succeed at the club.  Young athletes are put under pressure, tested against older opponents and driven to improve.   The results speak for themselves with all three of the final nominees for the Ballon d’Or (world’s best player) in 2010 coming from the La Masia academy – Messi, Xavi and Iniesta.

Going through this experience can be very difficult for the player but there is no doubt that talent is cultivated.  While big professional clubs runs these academies, the learning for New Zealand is that a competitive environment is paramount to developing talent.  Players are motivated to continually give it their very best shot, always performing at or near their ceiling, by coaches who demand 100% effort and concentration.

The question for football in New Zealand is perhaps not whether we should be adopting a no-score publication policy in matches for our youngest players.

Rather, are we creating opportunities and training environments where our best players thrive and ultimately lead New Zealand to international success at World Cups?

The upcoming FIFA U-20 tournament may well frame up the answer to that question.

In the meantime, learning from the nations (often with relatively small populations) that produce the best talent and consistently perform well at the FIFA World Cup is the focus for the Top Flight Football Academy.